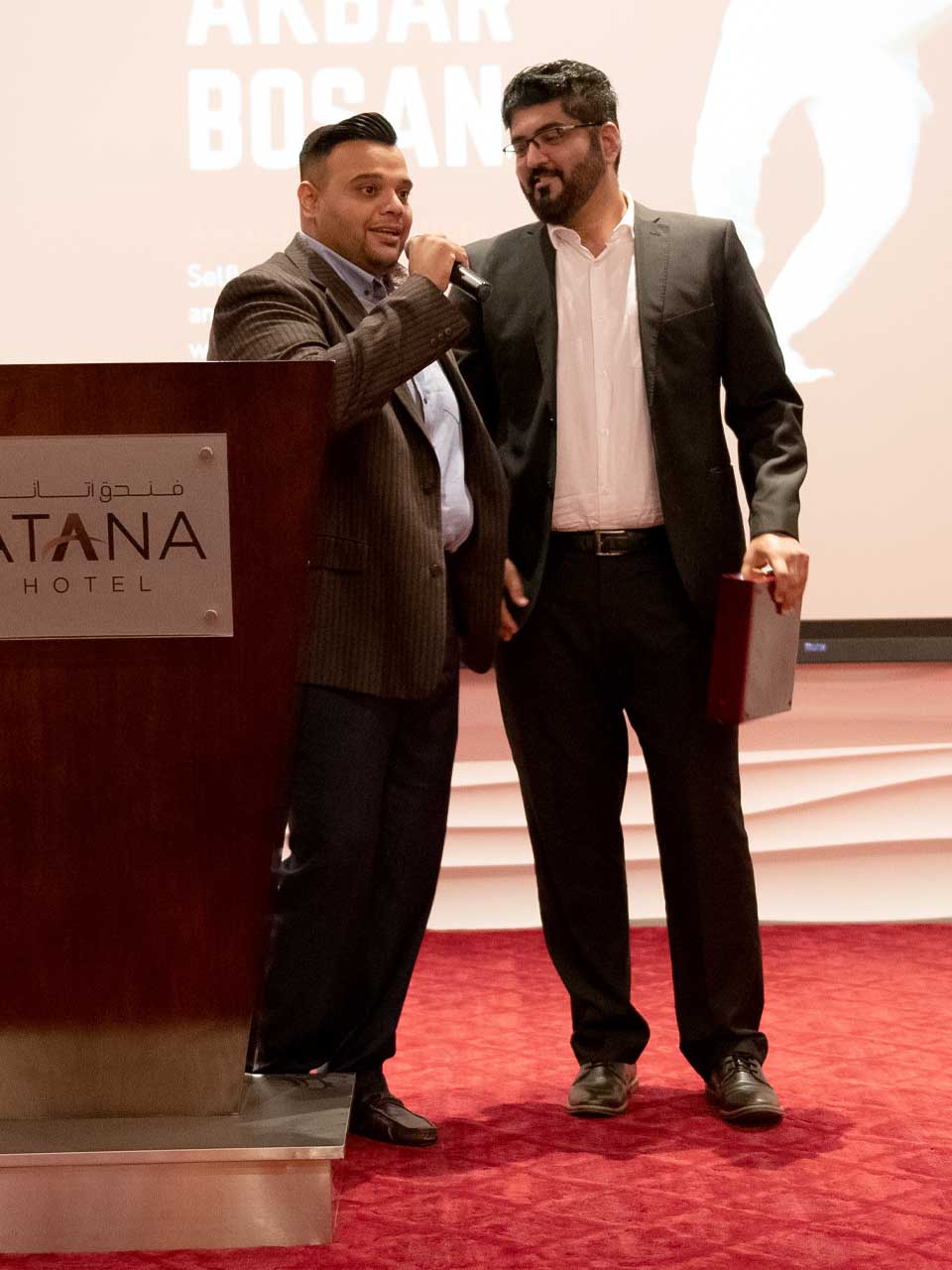 It was a glittering evening at the Atana Hotel in Barsha Heights on Saturday evening. The good people of Dubai Exiles Cricket Club had gathered to celebrate a wonderful 2021-22 cricket season and honour those who had performed so wonderfully well on the ovals throughout 2021-22.

First award of the evening went to Muhammad Akbar Bosan for the Innings of The Season! AK was in full ‘beast mode’ against Footprint Cricket Club in the DSL Winter Bash. His unbeaten 81 off 60 balls ensured that Exiles Cricket Club cruised home to victory. Special acknowledgments were also mentioned for Bhavik Thakkar and Zeeshan Durrani for their outstanding performances in the DSL and DCC Tiger League.

An important recognition at Dubai Exiles Cricket Club for the younger guns learning and enjoying cricket at the club. Based on growth, dedication, passion and commitment is the Best Colt award, deservedly won by Flynn Eglen! Well done young man! Great accomplishments also by Bashir Butt and Sami Khan by showing superb commitment to the game, team and club.

Zeeshan Durrani has had a blinding season with the ball with an economy of 6.13 and 22 wickets. Despite his injury for much of the season, it doesn’t get much better than this! He is Dubai Exiles Cricket Club‘s Best Bowler of the 2021-22 cricket season. This was a fiercely rivalled space with many contributing with special acknowledgments to our devout cricketer and clubman Anshu Gopal and our rising star Rahul Sarin. Well done gents!

Batsman of the Year went to the warrior that is Sairaj Raghavan. Sairaj delivered some fierce innings throughout season, he had an enormous sway on matches, supporting his team and club. Well done Sai! Special acknowledgments to Harsh Udeshi and Bhavik Thakkar for some great contributions throughout the season, keep it up gentlemen!

This award is a gem of a prize celebrating the strongest in all facets of the game. Shayan Khiliji has been slick, stylish, classy and a composed character all season. Shayan‘s highest score of the season was 101 along with a contribution of 42 wickets – a compelling club record! Great support provided by Sairaj Raghavan with an astounding 514 runs and economy of only 5.92 and Zeeshan Durrani with 22 wickets and many important contributions with the bat.

Exiles Cricket Coaching to be delivered by Rajasthan Royals and a team led by Dougie Brown and Jacques Stolz
August 1, 2021