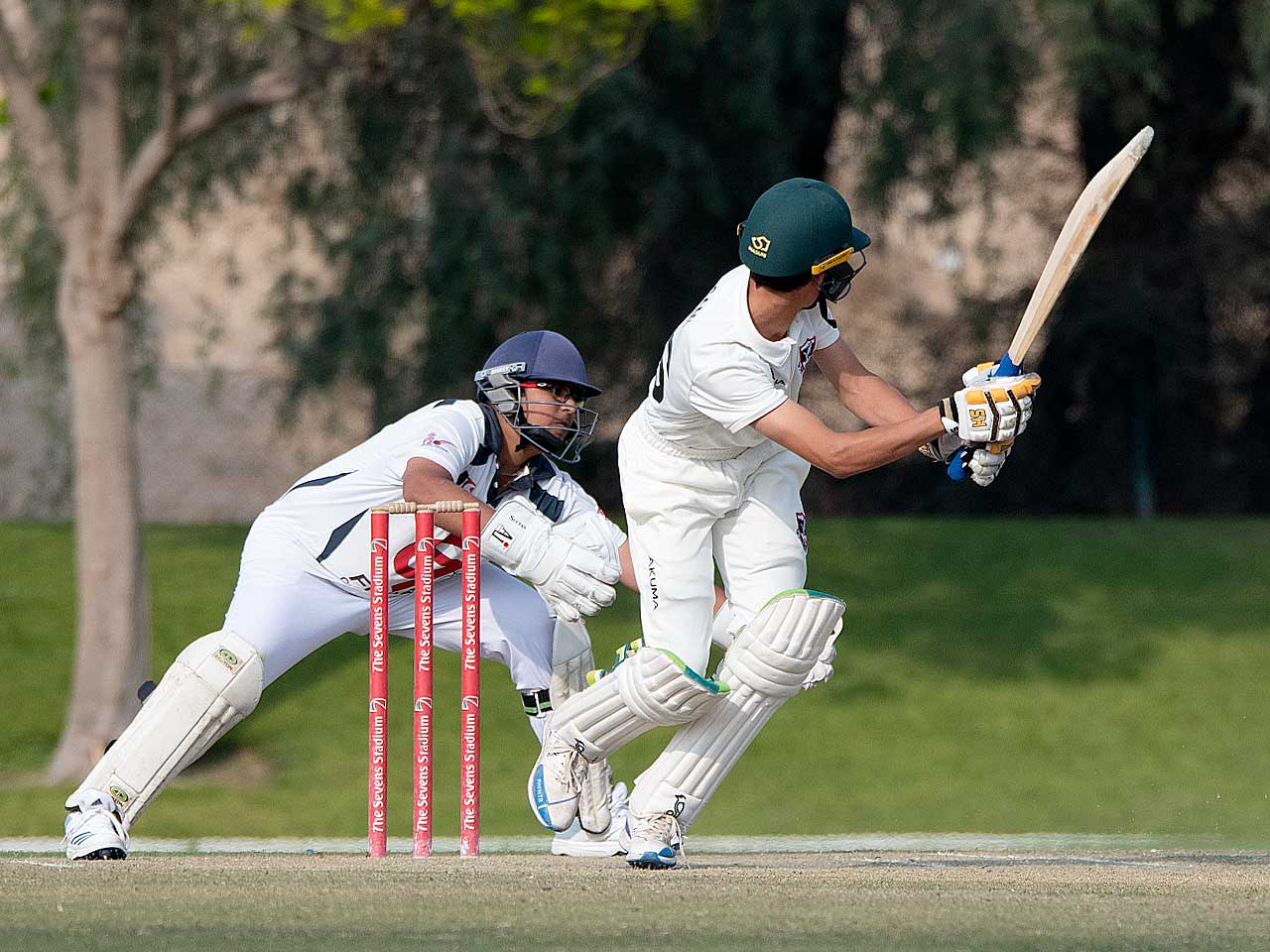 It was a terrible start to the Exiles’ League of Mammoths match against Jumeirah Mammoths Cricket Club on Christmas Day. The Exiles found themselves with two runs on the board and two batsmen departed and back in the pavilion. Vikram Nayak had looked to open proceedings with a boundary but a thick edge sent the ball skyward, an easy catch for Safdar Badami of the bowling of Bobby J Suri Suri.

Pratik Shettigar gone in similar fashion, again of the bowling of Bobby J Suri Suri but this time caught by Shaantanu Pagarani.

Sulayaman Butt brought some sense to the scoreboard, adding a very respectable 38 before being caught and bowled by Devendra Taneja. Bhavik Thakkar had assisted Sulayaman by adding 16 runs, but was again caught in the deep while chasing another big boundary.

Sulayaman Butt proved to be Exiles’ top performer with the bat

Sulayaman Butt was eager to move the score along

Shayan Khilji and Siddhart Jhurani added 30 runs between them. But Exiles Cricket Club was in trouble, seven wickets down and 112 runs on the board. Exiles’ teenager, Sami Khan, offered some stubborn resistance to the Jumeirah Cricket Club bowling attack, finishing on 14 not out. The rest of the Exiles batting order had all gone for single figures leaving the Exiles with 139 runs on the board – but still in with a chance.

By the time the next Jumeirah wicket fell, 93 runs had been posted. Kunal Jain, wonderfully bowled by Varun Kumar had added 25 runs and Jumeirah were looking likely candidates for the Christmas Day win.

Khalid Raja chases down a boundary

Usman Azim on the offensive

Sami Khan proves to be an exciting all-rounder prospect

Shayan Khilji trapped SGP Pagarani with an lbw, but not before 14 runs had been added. Vinan Nair and Vijay Mehra safely saw Jumeirah CC over the line for the win. Vinan scoring an unbeaten 30 and excellent support play from Vijay with 13 runs took Jumeirah to their 140 run target.