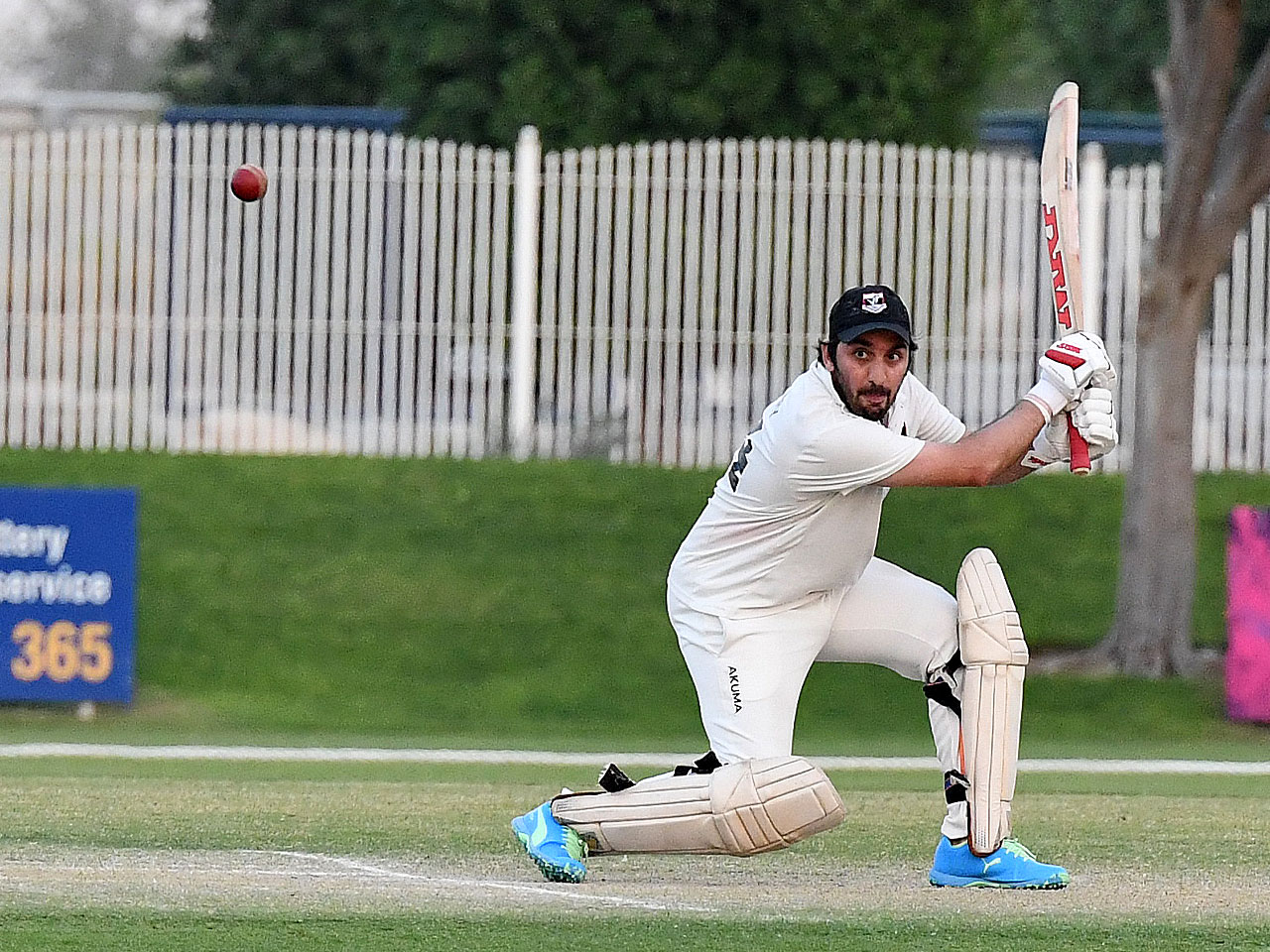 There were plenty of fireworks as Dubai Exiles Cricket Club turned up the heat on Cool Boys Cricket Club in the Dubai Super League this Saturday. A ‘smashing’ performance from Harsh Udeshi and a quick-fire 48 from Clint Berkenshaw saw the Exiles return to winning ways after last weekend’s disappointment.

Harsh Udeshi had a fantastic day

Harsh Udeshi enjoyed himself at the crease against Cool Boys Cricket Club. Scoring a magnificent 95 of 80 balls. Clint Berkenshaw put in another great all-round performance taking 3 wickets and contributing 48 runs off just 30 balls, including a couple of big sixes, one which would have been more at home at Fenway Park as the ball was hit out of the ground – much to the delight of the Exiles supporters.

Jack Luffman surveys from the boundary

The Cool Boys set a decent target for the Exiles to chase. 185 for 8 off 25 overs. Chasing a target of 186 to win, the Exiles again got off to a slow start after the Cool Boys set a very aggressive field and applied an enormous amount of pressure to the Exiles opening batsmen, Jack Luffman and Harsh Udeshi.

Harsh Udeshi on his way to a magnificent 95

Udeshi and Luffman opened tentatively and had put 27 runs on the board when Luffman’s wicket fell, caught by Fahad Afzal off the bowling of Kamran Akbar. Ajay Krishnan came to the crease and pushed the tally along to 43 with the steady contribution of Udeshi. By the time Clint Berkenshaw came to the crease, the game was in the balance and could have tipped in either direction.

Berkenshaw was his normal swashbuckling self, when his wicket fell, the Exiles had 129 runs on the board and Berkenshaw had notched up 48 runs off just 30 balls, including four 4s and two 6s.

Clint Berkenshaw on his way to a quickfire 48

Quick chat and back to proceedings