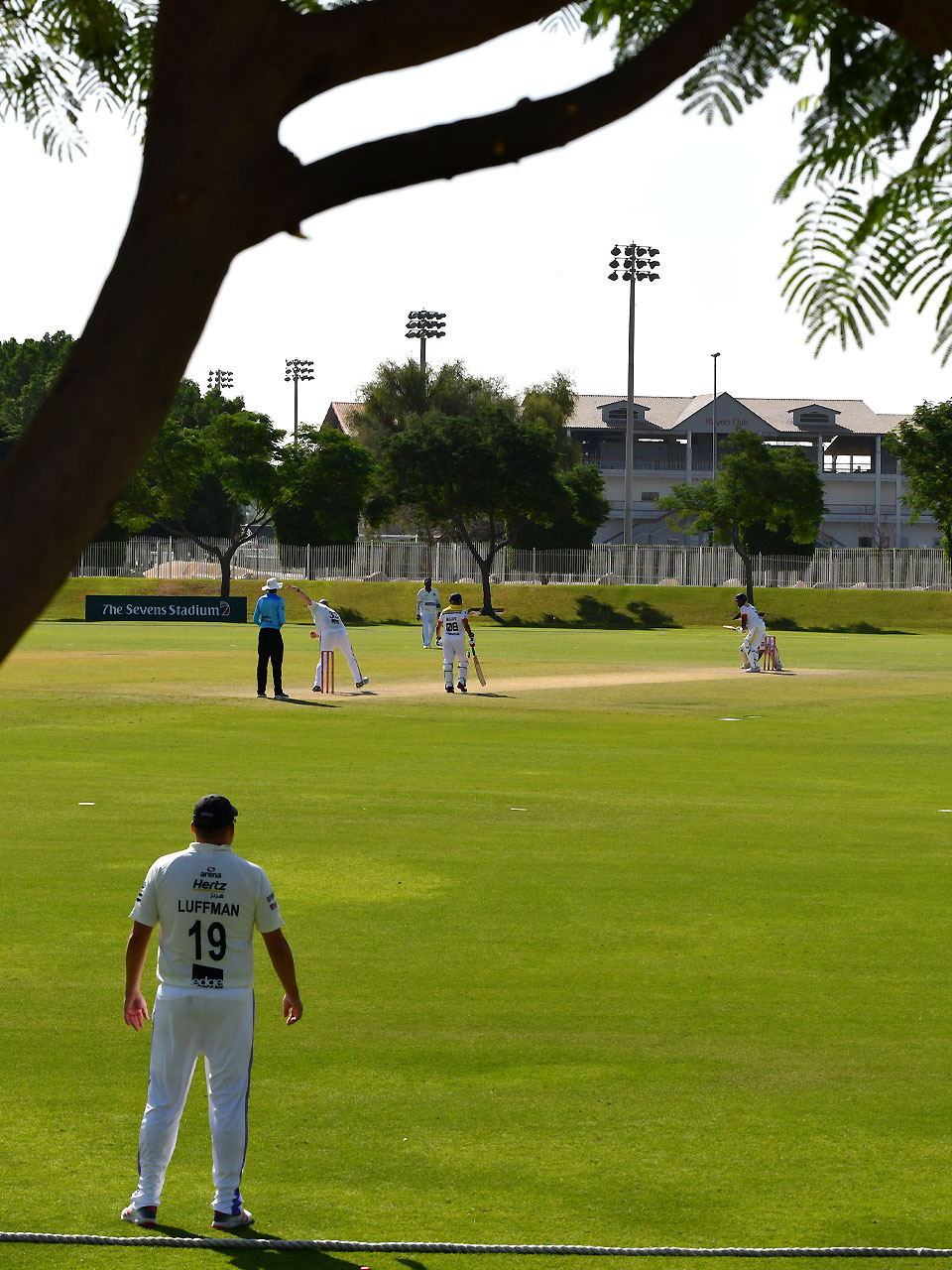 With 3 wins in 4 outings, Dubai Exiles Cricket Club find themselves a lofty third in the table with a thumping win over Premium Aces Cricket Club in Dubai Super League Cricket at The Sevens this morning.

Clint Berkenshaw put in another fantastic all-round performance with two wickets and an unbeaten 48 not out. Asif Rajah enjoyed himself through the latter half of the Premium Aces innings by helping himself to four wickets, finishing on 4 wickets for 22 runs.

Caught and bowled by Asif Rajah

With the Exiles set a target of 122 to win, proceedings got off to a slow start with some aggressive bowling from the Premium Aces attack. Exiles openers Jack Luffman and Harsh Udeshi between them put on a total of 27 runs before Harsh’s wicket fell.

The Premium Aces were overjoyed in the 8th over when they took the wicket of Jack Luffman, who scored an unbeaten 90 last week, and with only 39 runs on the board, the 121 run chase wasn’t looking like a sure thing!

Openers having a. stretch, well, one of them

With Ajay Krishnan and Clint Berkenshaw now at the crease, the Exiles ship was soon steadied. A 69 run partnership ensued before Krishnan was caught by Hemin Desai off the bowling of Rohan Chopra. It would take a spectacular collapse for the Exiles not to place another W in the win column and between Captain Dave Adams and Clint Berkenshaw the final runs needed were polished off pretty swiftly.

Berkenshaw finishing with 48 not out, 5 x fours, 2 x sixes, off only 28 balls. Another superb performance from the South African.