Exiles Cricket off to a winning start in Dubai Super League 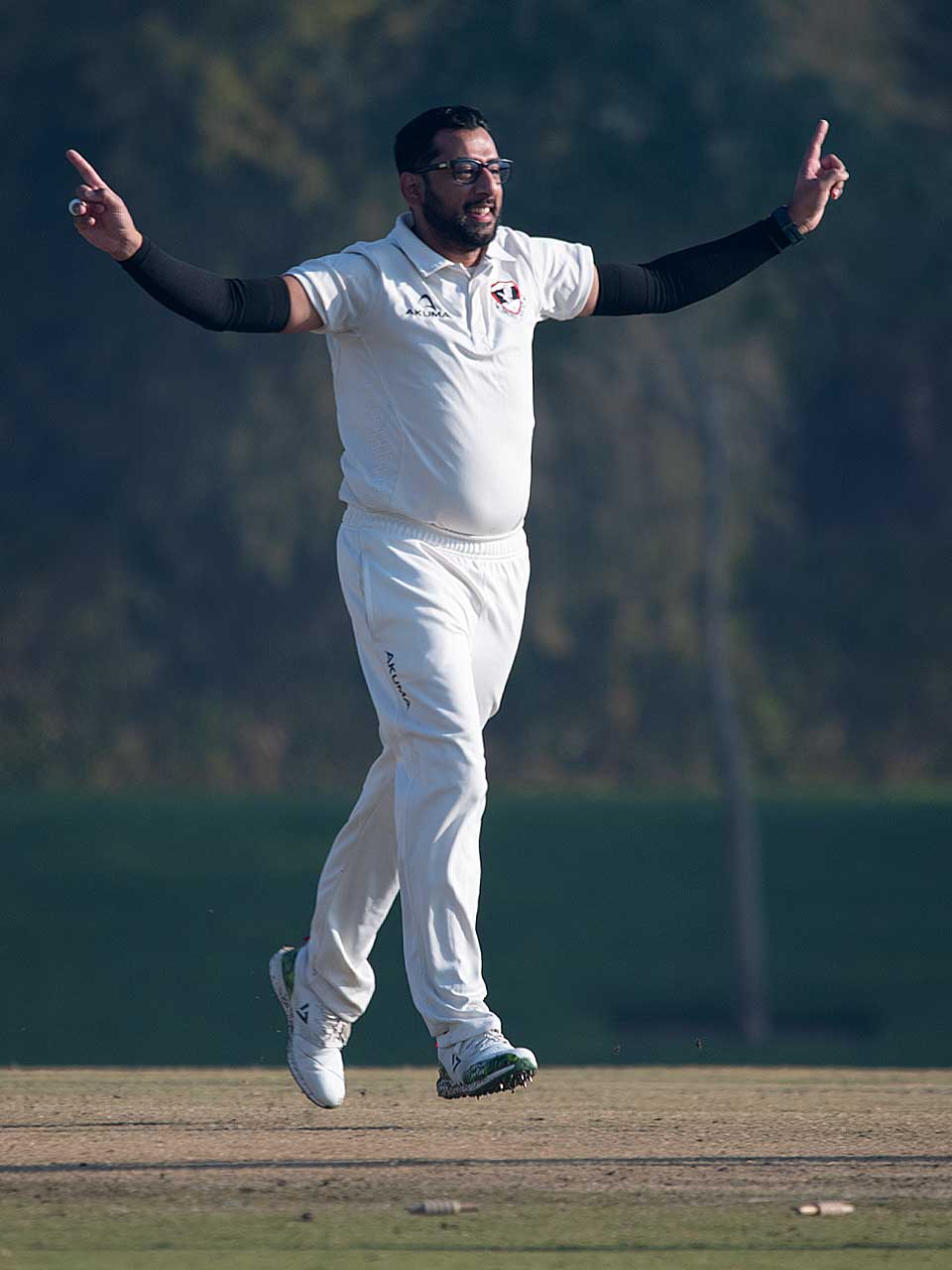 2021 Dubai Super League got underway for Dubai Exiles Cricket Club on a misty Saturday morning at The Sevens Cricket Grounds against Dubai Stallions – Mustangs Cricket Club. The Mustangs haven’t faired well in recent outings against Exiles CC and as the early morning mist cleared they found themselves looking down the barrel of defeat once more…

Jack Luffman enjoying himself in the field

Dubai Stallions – Mustangs Cricket Club got off to a slow, but reasonably solid start. Openers Awais Butt and Syed Mohsin Ali had reached 27 runs off 26 balls when Awais Butt‘s wicket fell to the quick fielding of Nick Vish. A few runs later and fellow opener Syed Mohsin Ali was dismissed, again by Nick Vish, but this time clean bowled.

Royston Rodriques came to the wicket and faced off against Hamza Shujaat. Hamza’s first ball of the match uprooted Rodrigues’s middle stump and Mustang’s third batsman was on his way back to the cricket pavilion with the addition of 1 run. Junaid Kazi made a fist of things for Mustangs CC, scoring 42 runs off 30 balls, an innings that included 7 boundaries and a 6. Unfortunately for Junaid, support from the Mustangs batting was in short supply. Haris M. Khalid added an unbeaten 23 but the Mustangs had lost their 10 wickets and been dismissed for 120.

Given recent batting records of the Exiles Cricket Club openers, you’d have been forgiven for thinking that there was a chance that Jack Luffman and Harsh ‘Harry’ Udeshi might just take it upon themselves to see the match out themselves.

The Exiles didn’t get off the the best start for their run chase of 121. Jack Luffman had just finished signing his bat up with the centre of the wicket when Mustangs’ opening bowler, Nitin ‘Ninja’ Jain did exactly the same thing with the first ball that he bowled. Exiles 0 for 1 after 1 ball. ‘Harry’ Udeshi has been enjoying himself in the T20 competitions in Sharjah this season, the number one ranked batsman in the Alliance Friday Big Bash competition found himself heading for an early shower after adding 11 runs – again bowled by Nitin ‘Ninja’ Jain.

Jack Luffman enjoying himself – not so much with the bat

The initial batting wobble caused expressions of minor concern on the faces of the Exiles’ faithful, the first two wickets had fallen with only 20 runs on the board.

Clint ‘Berksie’ Berkenshaw as aggressive with the bat as ever

By the time the 3rd wicket fell, Clint Berkenshaw‘s, Exiles had 107 runs on the board and more than 10 overs of the match remaining. ‘Sid’ Jhurani and ‘Berksie’ had pushed each other along to a partnership of 87 runs. Siddhant Jhurani hitting an unbeaten 55 off 39 balls and Clint Berkenshaw hitting 48 off 36. With plenty of batting to come for Exiles CC and more than 10 overs remaining, Dave Adams joined Jhurani in the middle of the oval and helped to steer the Exiles to their opening win of the 2021 Dubai Super League.