Exiles lose Clash with the Titans 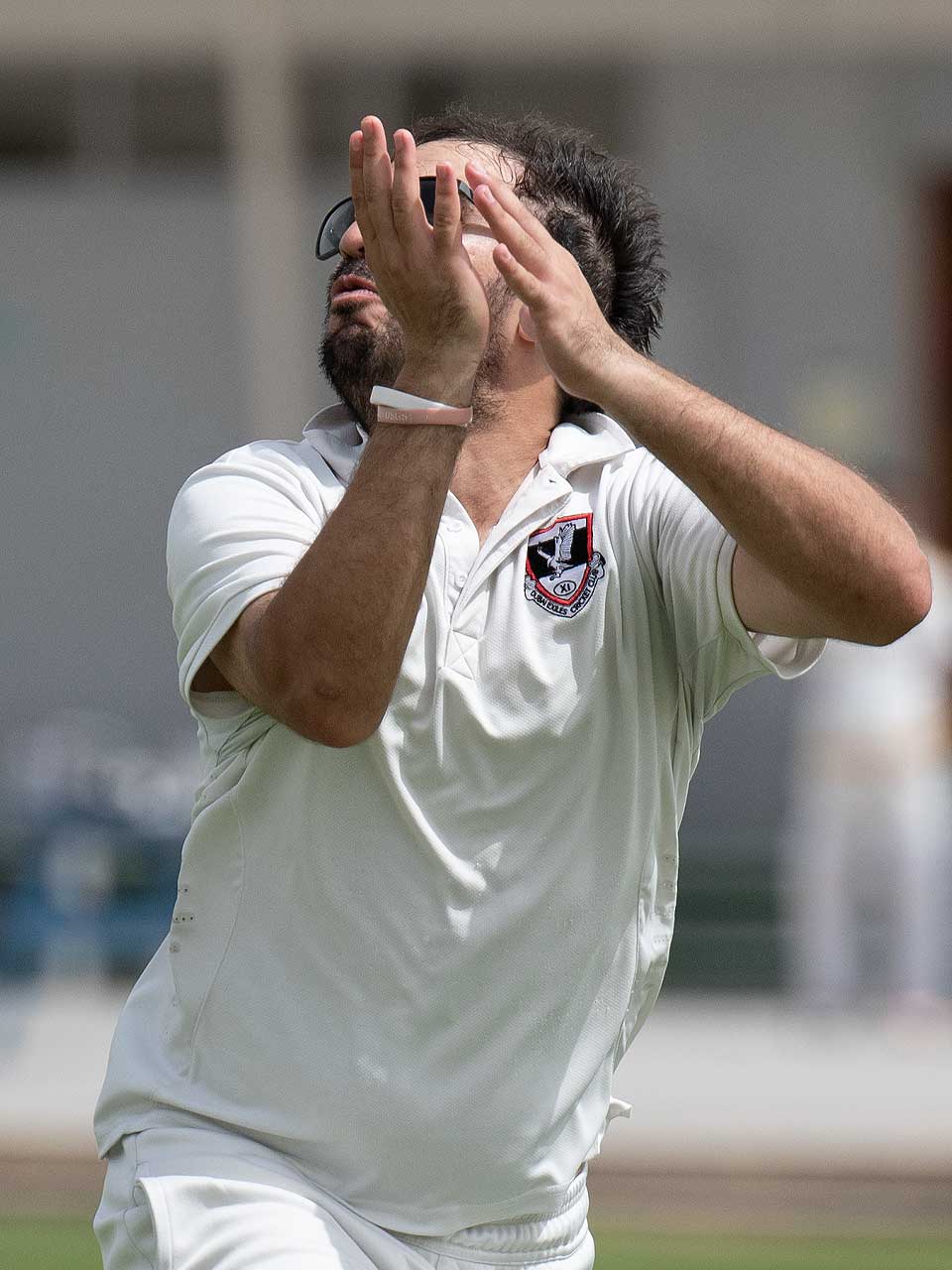 Dubai Exiles Cricket Club‘s match with Titans Cricket Club in the Dubai Super League had the feel of an all or nothing match for the Exiles. Despite posting a total that would win most DSL matches, there was always the feeling, that in this game, 220 plus would be needed to win the Clash with the Titans.

Jay Parmar was his usual swashbuckling self, 57 off 33.

Jack Luffman tees one up

Dubai Exiles Cricket Club lost the coin toss and were put in to bat on a morning that was beginning to warm up at a rate of knots. Opener Jay Parmar was his usual swashbuckling self, hitting 57 off just 33 balls which included five x 4s and three x 6s. When the first wicket fell Jay’s, Exiles had 95 runs on the scoreboard and less than 10 over bowled.

A bit of a debate

5 balls followed and Harsh ‘Harry’ Udeshi was bowled by Qaiser Maharvi, Harry had been slower paced than fellow opener Jay Parmar but still added 23 runs to the Exiles total.

The middle order were trying to make a fist of things, MA Bosan added 22 runs off 16 balls which included two x 6s. Clint Berkenshaw added 20 and Divjot Singh contributed a quick fire 26 of just 17 balls. Once the final ball had been bowled, Exiles had managed to drag themselves to a total of 196 runs, usually more than enough to get a ‘w’, but on this day, there was always a feeling it might just not be enough.

Dave Adams has a look at things

Karan Parmar can swing a bat too

Titans Cricket Club‘s opener Fawad Jalil Jalil announced himself at the crease with a devastating barrage. The big Titans‘ batsman looked like he would have been at home in Yankees Stadium playing Major League Baseball, the red ball was being rocketed around the oval by a man who was clearly enjoying himself.

The first Titans wicket to fall was that of Vinay Mehta, caught by Jack Luffman off Hamza Shujaat‘s well delivered ball. Titans Cricket Club had 58 runs on the board off just 6 overs.

The next wicket came quickly. Hassan Ali this time caught by Hamza Shujaat off a ball from Karan Parmar. Hassan Ali had only added 3 runs and some thoughts of a win started to flow through the Exiles Cricket Club team.

The dismissal of Hassan Ali only served as a precursor to the innings of Mohammad Shahdad who promptly set about the Exiles‘ bowling attack with plenty of enthusiasm, after adding 41 runs off 31 balls the match, was almost, effectively over. Caught by Clint Berkenshaw again off Hamza Shujaat, Titans CC were 167 for 3 with more than enough overs left, seven to be exact.

The wicket of Fawad Jalil Jalil went a few balls later, just to make the final throws of the match interesting, Fawad Jalil Jalil had delivered a magnificent innings, 100 of 60 balls, which included nine x 4s, and six x 6s. A good catch by Jack Luffman, again off Hamza Shujaat‘s bowling had finally dismissed the heavy hitting centurion. The Titans then lost a couple of quick wickets, Ali Asad added 15, caught by Arjun Thaker off Hamza Shujaat and then Wajid Khan for 2, caught by Clint Berkenshaw, again off Hamza‘s bowling.

For Dubai Exiles Cricket Club, and despite the excitement of the quick wickets, the Titans were almost home, with the scores level the winning runs were added by Mohsin Mattoo and Titans had won the match with 2 overs to spare.